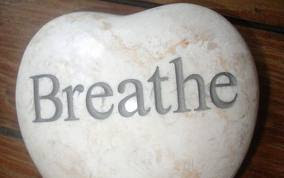 My recent look into the work of Leon Chaitow and the subsequent "dip" into respiratory mechanics resulted in an exponential growth in understanding (and appreciation) of the continuity of the human organism...more specifically, each and every action, however small, is intimately linked with the entire organism.  To be precise, it is literally impossible to "dissect" unique movements / functions / systemic actions out from the body...it is quite frankly unrealistic to remain adhered to this simplistic idea.
There are many different examples that can be brought forward and examined, however I think it would be more productive to choose an example that will resonate with the largest number of people...in other words, something that can be understood immediately regardless of their "anatomical competence".

In a previous post on respiratory mechanics I discussed the effects of dysfunctional breathing patterns on the brain.  This is also an example of the intimate relationship between structural distortion and systemic performance...however it relates to the brain, which remains a relatively "mystical" organ that we still do not completely understand.  This post is intended to demonstrate the pure mechanics of breathing and its relative complexity.  In addition, it becomes very clear that breathing isn't as simplistic as we like to think...or in some cases, not as simple as some people would like you to believe.  The reality is that respiration is a multi-faceted function that engages all of the architectural components (bones, tendons, ligaments, muscles, fascia) of the body as well as the metabolic / systemic components (lungs, organs, brain).  This is best understood through the fundamental examination of the 4 diaphragms of the body.


1)  Cranial Diaphragm
It is well documented in Osteopathic studies that the central nervous system (CNS) has a certain "rhythmical motion" to it.  In other words, it has life and actually pulsates as a means to mobilze Cerebral Spinal Fluid (CSF).   This rhythmical movement is said to be intimately linked to cardiac rhythm and is profoundly affected by breathing patterns.  The cranial diaphragm is composed of differentiated connective tissues in the skull called the Falx Cerebrii and the Tentorum Cerebelli.


2) Cervical Diaphragm
The cervical diaphragm is composed of the tongue, the muscles of the hyoid bone, and scalene muscles.

3) Thoracic Diaphragm
The most common and well-known diaphragm which separates the thoracic cage from the abdomen.

4) Pelvic Diaphragm
Found on the pelvic floor, it links the sacrum to the pelvis and is essentially a large "sheet" of specific muscles.


In the above video, the 4 diaphragms work together in unison to contribute to the respiratory rythym which is fundamentally important for the proper function of the central nervous system, circulatory system, and critical metabolic / systemic functions.  This very informative video brings into focus the fundamental concept of fascial articulations as a valid consdieration as a true joint. The mechanical movement of the thoracic diaphragm mobilizes the abdominal viscera and therefore requires that the "disconnecting" lubricating physiological appearance of connective tissue is in place and healthy.

In addition, the mechanics of breathing require proper movement and passive excursion of the entire musculoskeletal system (elasticity of the ribcage, mobility of the sacrum between the iliac bones, division and segmentation of the clavicles from the first 3 ribs.  In addition, the impact of the thoracic diaphragm on the viscera stimulates and activates the pelvic diaphragm below.

The video essentially speaks for itself, therefore long paragraphs and a high "word count" isn't necessary.  However, I hope the overall message is relatively clear:  there is no possible way to disentangle the systemic from the architectural.  They are a symbiotic entity and therefore, by definition, depend on each other to ensure the homeostasis of the organism.

I anticipate more informative posts as my look into respiratory mechanics continues and evolves...please stay tuned! 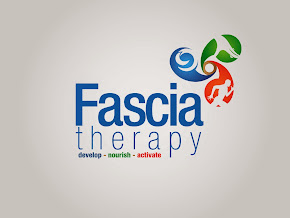